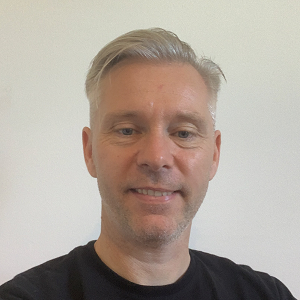 In a permissionless (public) blockchain, on the one hand, virtually anyone can participate and every participant is anonymous. On the other hand, permissioned (private) blockchains operate amongst a set of known, identified and often verified participants who act under a governance model that yields a certain degree of trust.

According to the official documentation HLF can be defined as follows:

If you are interested in building a private, permissioned blockchain with HLF, then this newsletter is right for you. In this and in the upcoming articles I will give my subscribers a guide to explore the newest Fabric Long-Term-Support (LTS) version 2.2.x.

This article is divided into two parts:

In my experience, the easiest way to get started is with any kind of virtualization. You can use some virtualization software on your computer like VirtualBox. In this case, it does not matter if you use a Windows, Mac or Linux Operating System (OS) or you use one of the public Infrastructure as a Service (IaaS) providers. In this case, I use a DigitalOcean droplet with 1 CPU, 2 GB RAM and the corresponding 50 GB SSD storage.

As a base image I take an Ubuntu Focal 20.04 (LTS) image. This image includes a lot of useful tools and we can get started basically without any problems regarding the system requirements.

When the preparatory work is completed, we can start with the set-up.

The set-up process can be summarized as follows:

As a first step, we install two useful helper tools. The first tool I would like to recommend is tree. Tree is a tiny, cross-platform command-line program used to recursively list or display the content of a directory in a tree-like format. It outputs the directory paths and files in each sub-directory and a summary of a total number of sub-directories and files. This is useful if you want to inspect some folder content especially the content of the Membership Service Providers (MSP) folders.

The second tool I would like to propose is jq. jq is a lightweight and flexible command-line JSON processor. If you are a command line addict, you will like the official description. jq is like sed for JSON data. You can use it to slice, filter, map, and transform structured data with the same ease as sed, awk, grep and friends let you play with text. In our context jq can be used to pretty print several Fabric outputs such as chaincode (CC) response or channel configuration.

To finish this step the following commands are required:

Now we are ready to install Docker and Docker-Compose.

HLF is Docker based and that is the reason why we have to install Docker and Docker-Compose in our development environment. If you are not familiar with Docker and Docker-Compose, please take a look at the official Docker or Docker-Compose documentation or consult several public sources regarding this topic. Even in the case you know Docker and its surrounding environment it is worth refreshing some Docker knowledge because we will make heavy usage especially with the Docker command-line interface (CLI). It is also good to understand the concepts behind Docker and how you can use that kind of virtualization technology for your own purpose.

According to the official Docker documentation the following steps are required to install docker on your target OS. Please, keep in mind that a Docker version 17.06.2-ce or higher is required.

Please, note that all commands are executed with the sudo command. The sudo command allows you to run programs as another user, by default the root user.

At this point, we are ready with Docker related preparations. Let us switch over to the next step.

To complete our development environment we need two more pieces. The first part is Golang. Golang is used for CC development and if you want to develop your own CC then Golang could be a good choice for that - although Fabric supports different programming languages to develop CC. At the time of writing you can write and install CC in Go, Node.js and Java.

The CC typically handles the business logic in the network agreed to by the members of the network. So, it is similar to a so-called “smart contract” as you can find in other blockchain systems.

At this point, I would like to open your mind and deliver a larger picture of a permissioned blockchain system. In the graphic below you can see three boxes. The first box represents the Fabric network itself. The second box shows a Fabric client application. The third and last box is a frontend application which is not part of the Fabric network and mostly developed with a JavaScript Framework like Angular or Vue.js.

All these boxes have different roles in the field of information technology (IT). For instance, we can assign the role of an operator or administrator to the Fabric network. A CC developer is dedicated to the Fabric Client. And, for the frontend application Fabric offers a wide range of SDKs to compose client applications. This third group of IT professionals does not necessarily have to have in-depth knowledge of Fabric. They only have to interact with a kind of layer, like a database for example, and they can work with different standard languages. Currently, some are officially supported and some are not.

In this article we are focusing on the first box, the Fabric network, and how we can take the first steps. The reason for mentioning that in the installation section is to point out how the single pieces belong to each other. Fabric itself has been specifically designed to have a modular architecture. That means that you can implement your network in different ways to meet your business needs. For CC development you can use standard programming languages, as mentioned before.

Now we come back to the topic and we install Golang and Node.js. We start with Golang. According to the Fabric 2.2 documentation Go 1.14.x is required. Use the following commands to download and extract Golang 1.14.9 as the current required version.

After having successfully downloaded and extracted the Golang package modify the ~/.profile file on your development system. This file is used to configure the users environment in the development environment. The instructions in the file usually set some shell variables, such as PATH, USER, and HOSTNAME. In our case we have to execute two things:

Basically the $GOPATH/bin directory is where Go places binaries that go install compiles. Our operating system uses the $PATH environment variable to find binary applications that can execute without a full path. It is recommended to add this directory to our global $PATH variable.

To edit this file you can use VI or VIM. On Unix-like operating systems vim, which stands for “Vi Improved”, is a text editor. It can be used for editing any kind of text and is especially useful in our scenarios. If you are unfamiliar with VIM it is also worth spending some time and discovering how you can use VIM, because VIM could be very efficient and helpful for your work.

After modifying the ~/.profile file we have to reload it. We can do that with the source command. Source is a shell built-in command which is used to read and execute the content of a file (generally a set of commands) passed as an argument in the current shell script.

The command after taking the content of the specified files passes it to a so-called Tool Command Language (TCL) “tickle” interpreter as a text script which then gets executed. You can imagine TCL is a high-level, general-purpose, interpreted, and dynamic programming language. It was designed with the goal of being very simple but powerful and you can find this tool on many OS.

Print the values of the specified environment VARIABLE(s). If no VARIABLE is specified, print name and value pairs for them all.

To complete our set-up steps, finally, we have to install Node.js. As I have mentioned before, we can use Node.js for both CC development and client application development. I use Node.js for client application development. We can use the Node.js SDK also for the interaction with fabric-ca. According to the official documentation fabric-ca is a Certificate Authority (CA) for HLF. In other words, with fabric-ca we can register and enroll users - or more precisely - identities which have the right permissions to interact with the Fabric network, as Fabric is a permissioned blockchain system.

In Fabric 2.2 we can use Node.js version 10 or 12. I would like to use version 12 because the version 12 has LTS and is recommended for most use cases.

As a first step we can use the curl command to download the installation script. curl is a command-line utility for transferring data from or to a server designed to work without user interaction. The aim of that script is to install the NodeSource Node.js 12.x repo onto a Debian or Ubuntu system.

Next we have to execute the downloaded script and finally use the apt-get command to install node.js on the machine. As a final step we can check again the version of the node cli interpreter to make sure everything is up and ready.

Now we have reached a state where we can start installing Fabric related components like needed binaries, docker images and a github repository called fabric-samples.

HLF is based on Docker images. They provide a script to install all needed binaries. Later they will provide a real installer, but for now we have to use the script. One of the changes from Fabric 1.0 to 2.0 is the usage of Alpine-based docker images. Starting with v2.0, HLF Docker images will use Alpine Linux, a security-oriented, lightweight Linux distribution. This means that Docker images are now much smaller, providing faster download and startup times, as well as taking up less disk space on host systems. Alpine Linux is designed from scratch with security in mind, and the minimalist nature of the Alpine distribution greatly reduces the risk of security vulnerabilities.

As a first step in this last set-up process we can create a new folder called fabric. This folder will be our home or base folder. This is the place where all Fabric related work lives.

The basic command to install the latest version of fabric is:

If you have followed the installation process until now, congratulations, you should have a usable development environment!

Now it is time to start the engine. Let us give Fabric a first try and see if we can start a blockchain network. We will discover more about the network in later articles. For the first try, we can use the provided test-network.sh script.

The starting process of the test network is divided in two main steps:

Now our HLF network is running and we are ready to try the default installed CC asset transfer. This story will be continued in the next article.

As a bonus track you can watch the video as well.

That is it for the first taste of HLF 2.2.x. If you like my articles feel free to subscribe and you will receive all updates to this series as soon as they are available.